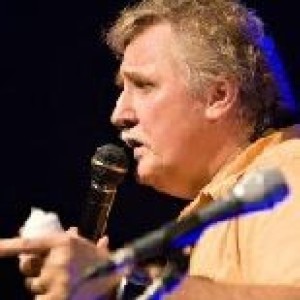 In my numerous discussions with individuals who carry the title of Scrum Master, I find that so many of them think that a Scrum Master is essentially an Agile Project Manager. They see the role as one of setting up meetings (scrum ceremonies), facilitating these meetings, keeping the scrum board up to date, and managing the budget. Yes, these are things that the Scrum Master does, but they are the admin functions.

First of all, I will say something controversial here. In the agile world, we do not have managers.  What we have are leaders. Are these 2 separate roles? Are they that any different? You might say, “I’ve always  thought that both of these roles are the same.” Absolutely Not! This role of a leader is so different than that of the manager role. And, so much more challenging, but oh so rewarding.

With that said, I believe that the most important role of the Scrum Master is to create the team. And, what do I mean by this? The foundation of Scrum is the team. The small, cross-functional, self-organizing, and autonomous group of individuals working together to create a successful product. Team members must be empowered and given the autonomy to function in their areas of expertise. They are the subject matter experts. they are the ones who have the expertise in their roles.

In my many decades of being involved in the Information Technology industry, especially in the Senior Management roles, I have seen hundreds, and I mean hundreds, of development groups, or as I like to say, project groups. These are not teams as we call them, but just a group of people thrown together to produce a product. They don’t know each other, many times they don’t understand each other, but they are thrown together or pulled from the different silos in our organizations and brought together and called a Team.

It is interesting to note that the sports industry learned many hundreds of years ago, that pulling together a group of individuals, who are talented in their specific niche, and getting them to play together, is a major effort. It takes someone with an ability to understand people and work with people to bring them together into a team of individuals that creates quality products. That is the key role of the Scrum Master.

However, we don’t see Scrum Master courses teaching this. It is not brought to the surface in our scrum Master certification because people would not be as quick to take these courses because of the complexity in this area.

Way back in 1965, a gentleman by the name of Bruce Tuckman, put together a team dynamic model. In this model, Bruce said that there were four stages of growth in a team and he labeled these four stages, Forming, Storming, Norming, and Performing. The key role of the Scrum Master is to take a group of individuals that have been put together as a team and bring them from a forming stage all the way through to performing. And is that easy? No, it is a major challenge. One that is difficult, requiring a lot of time, but oh so rewarding. It takes time and patience to bring this to fruition. To see a diverse group of people become a championship team is what this is all about. And that is the role of the Scrum Master.

How do they do this? By the key technique of servant leadership. No command and control as we have taught our project managers for years to function in. No, this is about the leader serving the team in whatever way possible to bring them to a point of being the best that they can be. Paving the way for each team member to continually improve. To improve their skills and abilities. To focus on their areas of weakness and help them turn those weaknesses into monumental strengths. That is the prime role of the Scrum Master, the servant leader to the team.

As Patrick Lencioni wrote in his book, “The Five Dysfunctions Of a Team”, the bottom Foundational layer of a team is Trust. That is the first thing the Scrum Master, works on with his or her group of product development practitioners. Scrum Masters focus on having the team members first of all trust the leader. Once that trust develops, then the Scrum Master focuses on getting the team members to trust each other. This takes time and work, with much observation of the team. This is why Scrum Masters need to be co-located with their teams. Observing and ensuring that the individuals grouped together become team players. Become a performing team.

We will talk more about this role of the servant-leader in creating the champion team, the Super Bowl winner, the Stanley Cup winner, the NBA championship team, over the next few posts.

Till then, remember “We are AGILE!”

Keep Up-To-Date With All News Regarding The Online Agile Mastery Academy And Our Up-Coming Courses!